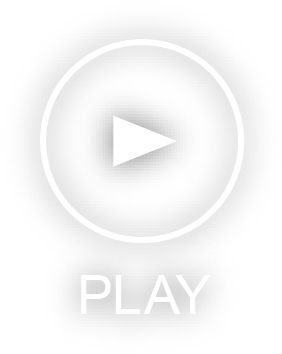 There are many trees in the Tokyo Tama area, so we can enjoy their seasonal colors no less than spring flowers. From the end of October to November every year, the Ginkgo planted in rows begin to turn along with the trees on the mountains, changing color to yellow and red. Many events suited for this season make for a lively time as the town changes color before the cold winter sets in. Why don’t you find your favorite autumn color in Tama while visiting parks, temples, shrines, and the mountains?

ASSOCIATED SPOTS
CAN BE FOUND HERE 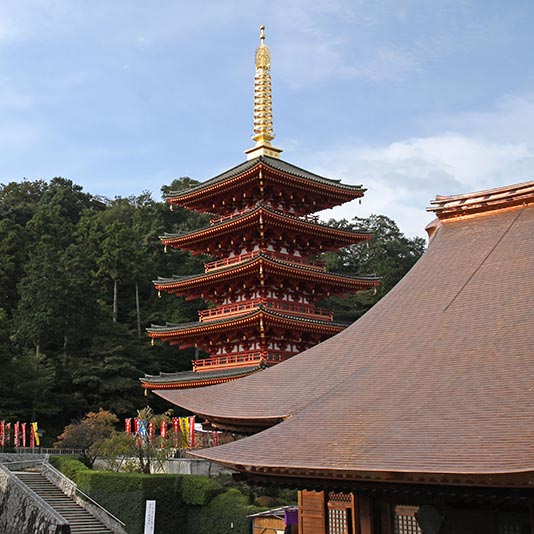 Takahata-Fudoson Kongo-ji Temple is one of temples of Shingon-shu Chisan-ha. It is also the Shinsengumi Hijikata Toshizo family temple, where you can see the statues of Hijikata Toshizo and its related items. The precincts include the "Niomon", an important cultural property, the "Fudodo", the oldest cultural property building in Tokyo relocated in 1342, and Old Heian Buddha statues such as the Fudosan-zo statue, Dainichi Nyorai-zo staue, and Kankiten-zo staue. There are historical cultural properties and temple treasures. If you walk along the mountain course that mimics the 88 pilgrimages to Shikoku, you can worship while also admiring the natural landscape. 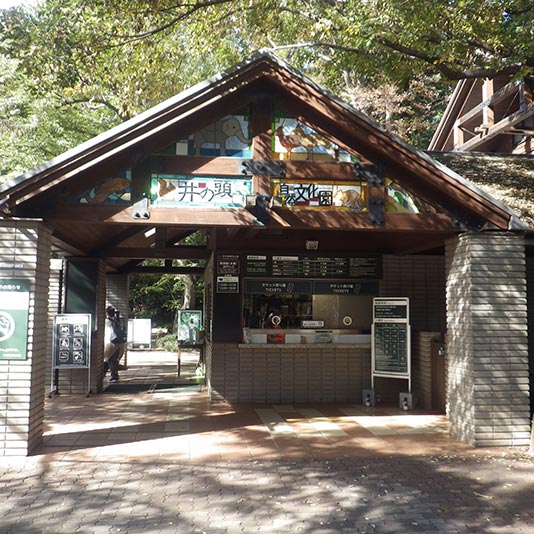 Inokashira Park Zoo is located in the area where Inokashiraonshi Koen Park was opened in 1942. It contains the zoo, a museum, sculpture garden, and aquatic Park. In the zoo 170 kinds of animals are bred, including the popular Tsushima wild cats, phoenixes, and capybaras, of which all are exhibited. The "squirrel path", which is a cage that can be approached, allows visitors to enter and observe the ecology of Japanese squirrels closely. 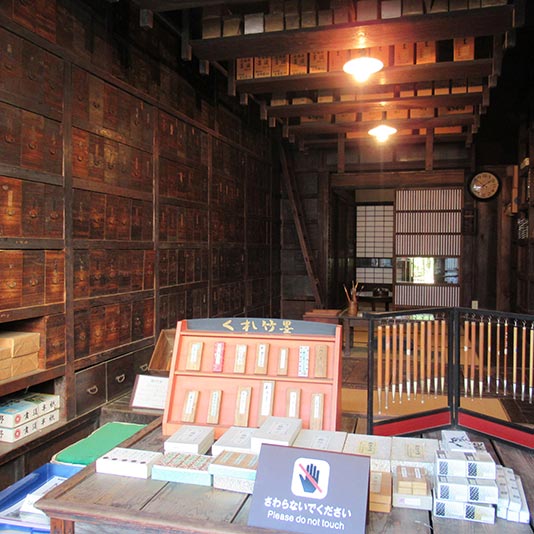 This is an open-air museum where relocated and exhibited historical buildings with high cultural value from the early Edo period to the mid-Showa period are located. The restored buildings and merchant houses convey history, such as the house of "Hachioji Sennin Doshin (junior officials of Hachioji)" group leader which served the Tokugawa Family and the "Kodera Soy Sauce Store" that had been open since the early Taisho era. The "Shitamachi Naka-dori", which is lined with restored building, has a nostalgic view like an old shopping street. You can feel the lifestyle of those days closely from the reproduction of everyday item. The museum is a very popular spot for cherry blossoms and autumn leaves. 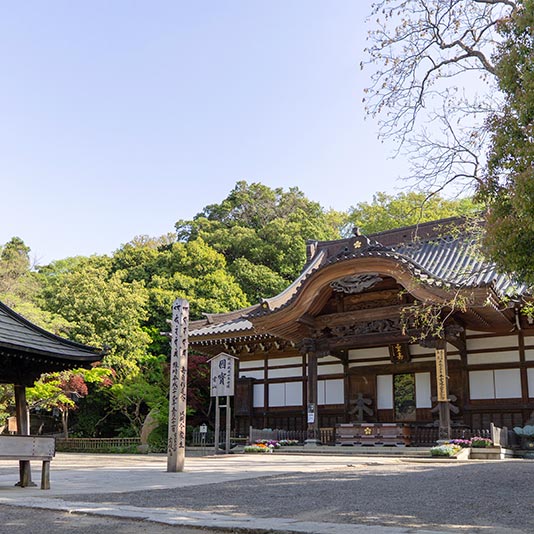 Jindai-ji Temple which was located in the lush forest of Musashino is one of the oldest temples in the Kanto region as it was founded in 733. It is also known as a temple for blessing and marriage. When Jindai-ji temple was first built, a Buddha statue (Hakuho Buddah) was presumed to have been the principal god at the time of construction. This temple is a masterpiece of the late Asuka era and it received national treasure designation in 2017 with the only Buddist temple structure in Tokyo and is the site of the oldest national treasure in East Japan. You can visit here all year round, and every year, on March 3rd and 4th, the "Yakuyoke-Ganzan-Daishi-Taisai" festival hosts one of Japan's three largest Daruma markets. The "Jindai-ji soba", which has a history going back more than 400 years, is also famous. There are about 20 soba shops just on the approach to the front of the gate. 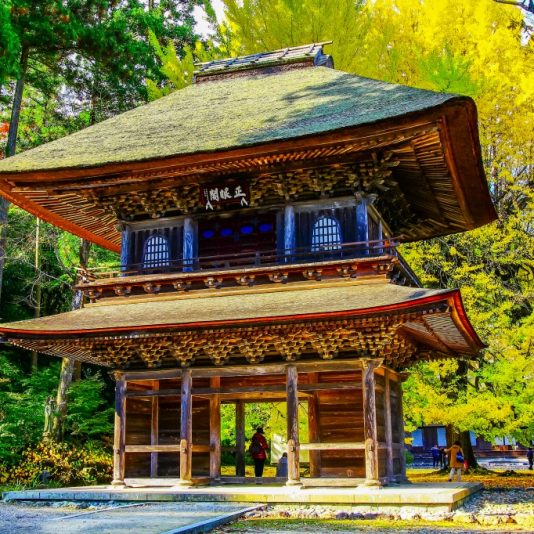 The old temple "Kotoku-ji" of the Rinzaishu-kenchouji-ha group in the Itsukaichi area of Akiruno City is a formal temple founded in 1373. The highlight of the temple grounds are the two giant ginkgo trees rising near the massive mountain gate with the thatched roof. They color perfectly in the autumn, glowing a bright golden hue is a scene that you would not think of as being in Tokyo. 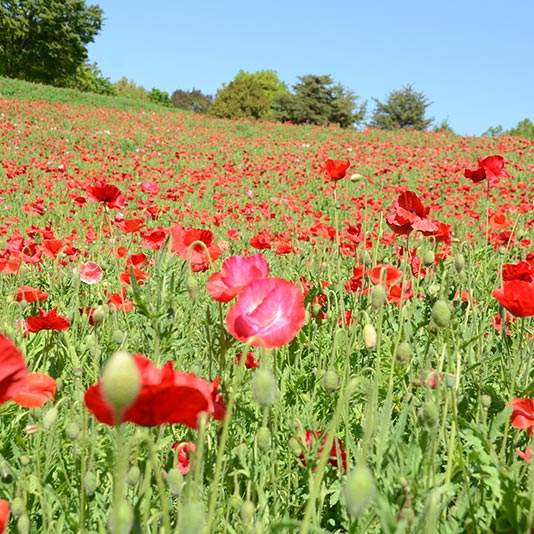 Showa-Kinen Park is a National Park with a vast site of about 180 hectares, ranging between
Tachikawa City and Akishima City. There are "Komorebi no sato" which is a reproduced rural landscape of living in Musashino in the 1950s, "Rainbow Pool" encompasses nine different pools you can enjoy for free. The "Hana no Oka (Hill of Flowers)" area offers colorful tulips in spring and cosmos flowers in Autumn that spread everywhere. Famous spots for Autumn leaves are everywhere such as lines of Ginkgo trees and various Japanese gardens where you can enjoy flowers and plants at various places in the garden throughout the year. You can also enjoy riding a Segway to look around the park. 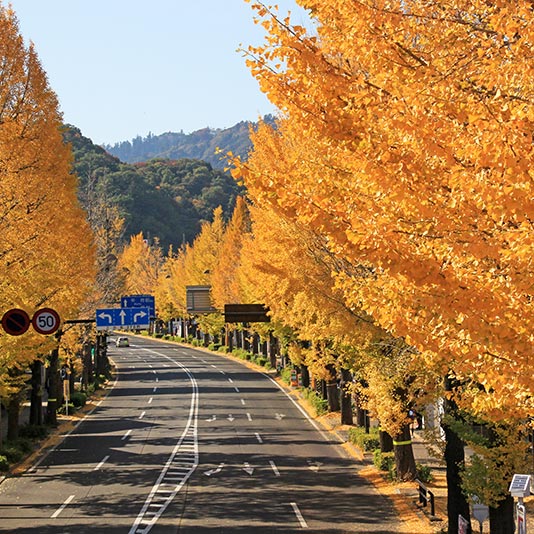 This festival is held near 770 ginkgo trees that are planted from Hachioji Oiwake-cho crossing to the entrance of Koshu Kaido Road when the ginkgo leaves turn yellow. During this festival, a "Checkpoint orientation" is set up to collect stamps between Oiwake checkpoint to Kobotoke checkpoint. Also, to be found here in ten different places are gourmet stalls, hometown bazaars, stage performance, and exhibitions of products. This festival that is run by volunteers included citizens who protect and grow ginkgo trees. 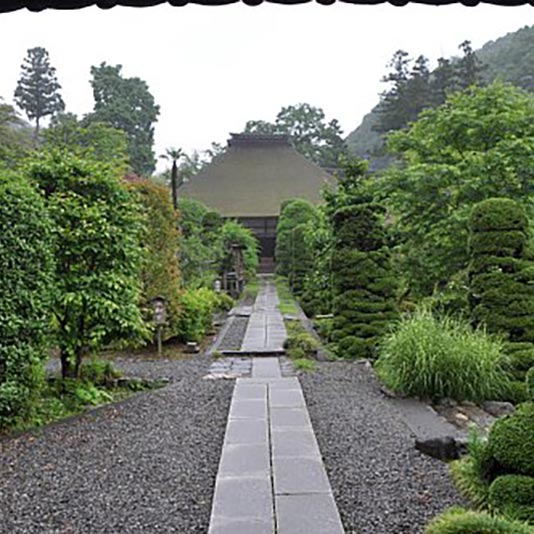 Kurosawa Monshuin is a Sotoshu temple which was founded between 1532 – 1555. It is located in an area surrounded by mountains and valleys and its garden show beautiful scenery according to the four seasons. The temple name of Monshuin came from the directive to "listen to Buddhist law, consider by yourself, and practice Buddhism". This temple hosts Zen meditation meetings, pilgrim’s song meetings, concerts, a computer classroom, an English classroom and a place of communication. This is a temple that welcomes people with open arms.