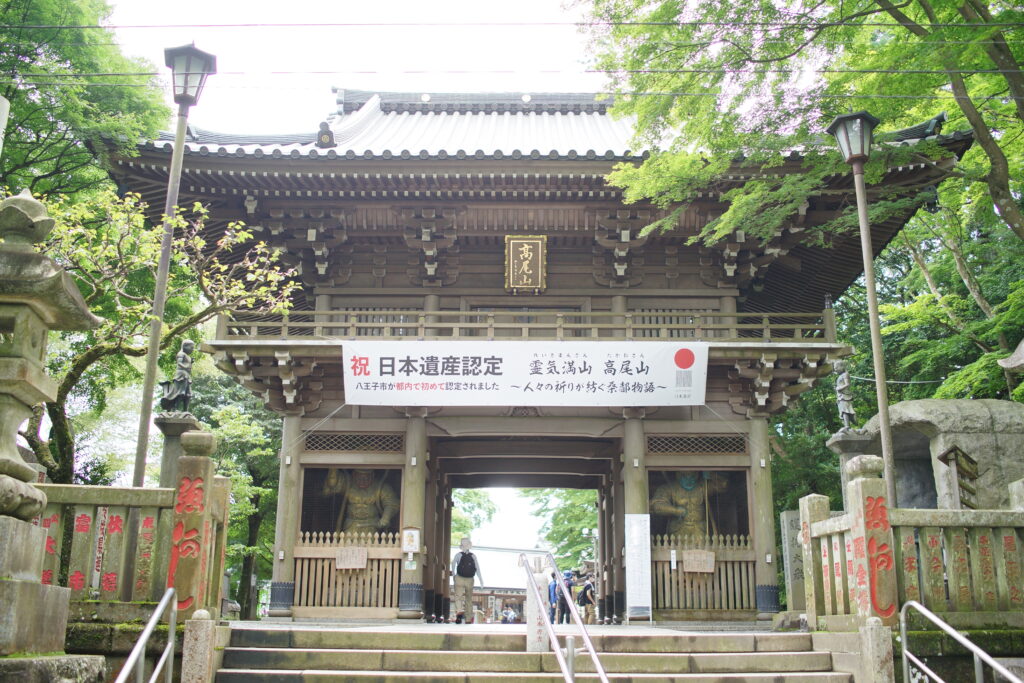 “Takao-san Yakuo-in Temple” is located on the mountainside of Takao-san Mountain at an altitude of 599m. It was opened in 744, about 1270 years ago, by the high priest Gyogi Bosatsu, who received the edict of Emperor Shoumu. It is now known as the head temple of Shingon-shu Chizan-ha (a form of Buddhism in Japan). The principal image of worship is “Izuna-daigongen (a syncretistic fusion of Shintoism and Buddhism)”. Its feature is an incarnation of Fudomyo-o, which means a guardian deity that does not move, and is characterized by the combination of five gods and Buddha. The legend of the Tengu (long-nosed goblin) has been told on Takao-san Mountain for a long time, and it is said that the Tengu is the guardian of “Izuna-daigongen” and plays a role in bringing good luck and amulets. There are many statues of Tengu and statues with Tengu motifs in the surrounding precincts, so please look for them.