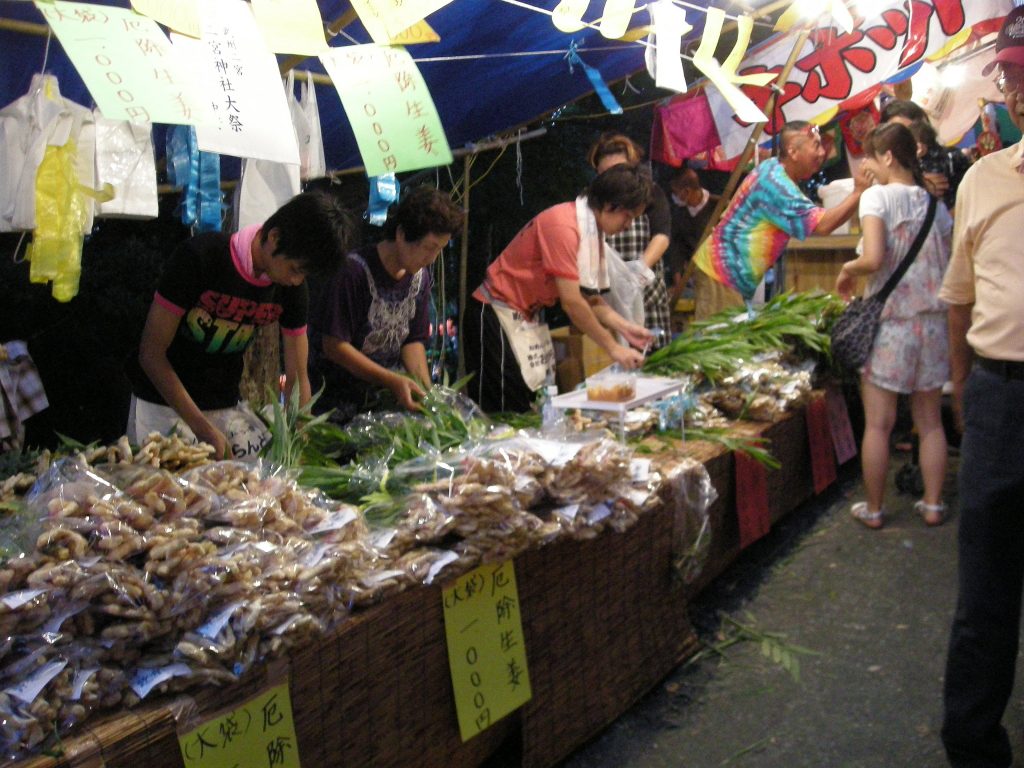 The Autumn Festival at Ninomiya Shrine in Akiruno City is held every year on 9th September.
At the festival since olden times, leaves collected from the region, deep-rooted ginger and taro, and mochi called “cow’s tongue” were presented before the gods along with other offerings. Ginger especially was part of a rumor that was spread. It was said if you ate Ninomiya Shrine’s ginger, then you would ward off evil and be in a perfect state of health. Before long, many stores began to start lining the grounds of the shrine and gradually many festival sightseers and people requesting ginger also gathered. At some point, Ninomiya Shrine’s Autumn Festival eventually became associated with the name “Shoga-matsuri Festival.”