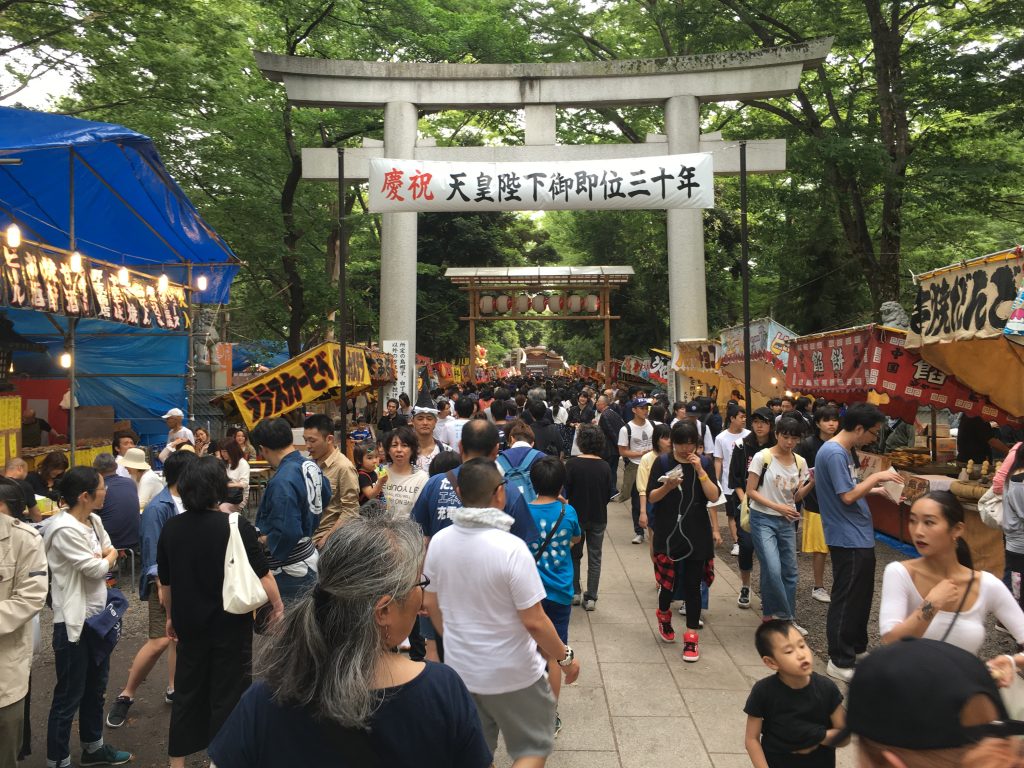 One of Ookunitama Shinto Shrine’s regularly held festivals called the Kurayami-matsuri festival. This festival originates from a nighttime procession of a Mikoshi carrying a deceased person’s spirit to avoid looking straight at the appearance of the gods. At the current festival, on 5th May at 6 p.m. the Mikoshi procession begins. It is said that on this day that Ookunitama-no-Ookami appears. Lead by six large, purifying Taiko drums along with the shrine’s numerous treasures (used to show the solemnity of the festival), eight Mikoshi are carried vigorously through the city.