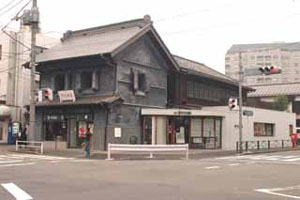 This brewery founded in 1860. As Fuchu City used to be the location of the National Agency, the name of the representative brand “Kozuru (National Crane)” came from there. On the other hand, the “Tsuru (Crane)” is a bird which has been respected since ancient times. The brand name also comes from sake as beautiful as the cranes in the old National Agency. “Kozuru” which uses rice called “Miyama Nishiki” produces sake named “Kozuru Junmai Ginjo” and “Junmai Nakaya Kyubei” in addition, it also brews the sake named “Kurayami-matsuri Festival” named after the great festival at Okunitama jinja Shrine.