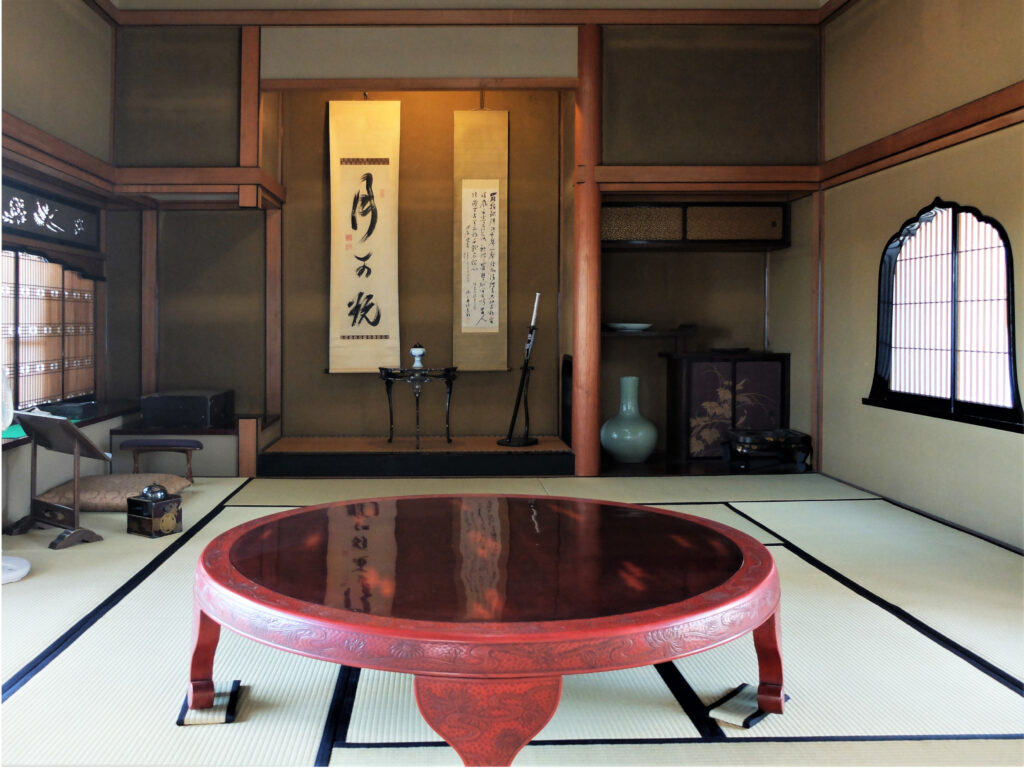 “Tsukumo-tei” was a residence built by the politician Tsukumo Kunitoshi from Ome City. Construction was from 1931 to 1940. Since Tsukumo Kunitoshi worked as a member of the House of Representatives from the early Showa Era into the post-war period, high government officials and many celebrities visited there in those days. Currently, it is open as a history museum. Letters and drawings from historical persons such as Sakamoto Ryoma and Kondo Isami and other related historical materials, are exhibited. Other special exhibitions are also held at various times. This location was designated as a national registered tangible cultural property (building).

The building was built in collaboration with palace carpenters invited from Kyoto and carpenters, masons, and Tatami craftsmen in Ome City. Though it is a pure Japanese-style building, it also incorporated modern elements such as using a glass door to separate it from the porch and using some types of plaster. The ranma (a transom above a door, window, fusuma or shoji) and ceiling are decorated with luxurious craftsmanship. Why don’t you look at the designs scattered all over the place and think about the craftsmen’s commitment at that time.

The facility also has a teahouse and can be used as a rental gallery.