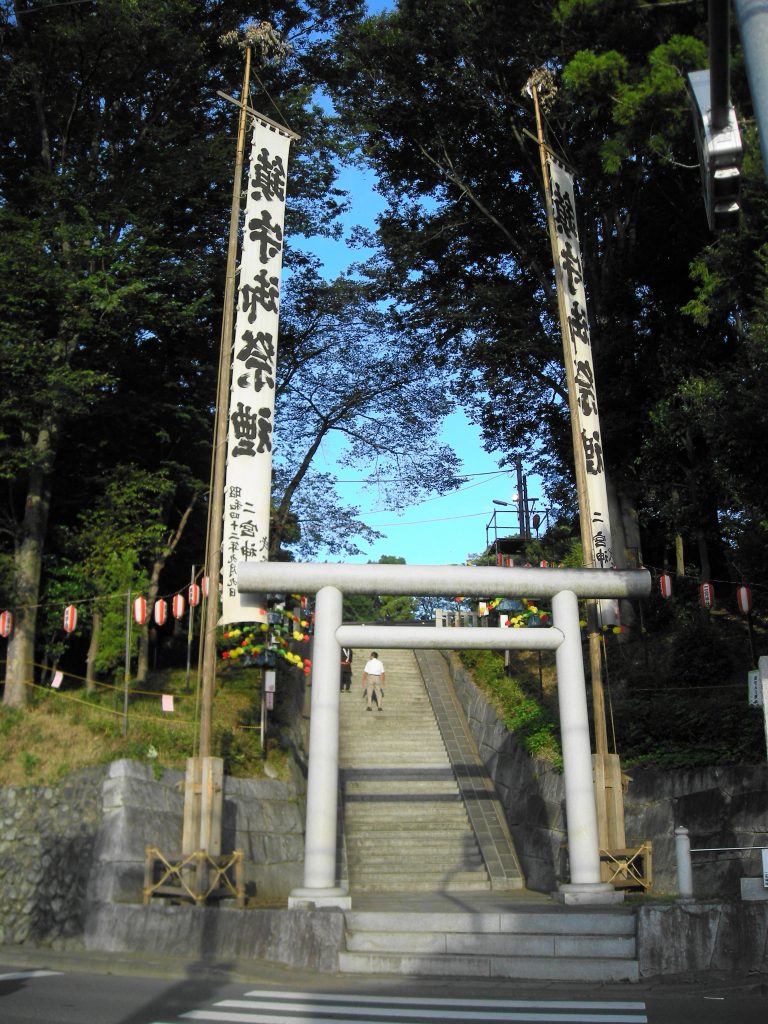 Located in Ninomiya, Akiruno City, Musashi-sosha-rokushogu (Fuchu-shi Ookunitama Shinto Shrine) became Ninomiya Shrine around the 11th century. In older times, the shrine was called Ogawa Daimyojin, but it gradually became known as Ninomiya Daimyojin. During the Taira-no-Masakado Rebellion, after Fujiwara-no-Hidesato prayed for victory at the shrine, the shrine received both prayers and protection from Hojo-Ujiteru, Minanoto-no-Yoritomo, and other warlords. Of special note, the shrine received a red seal and 15-koku for generations from Tokugawa Ieyasu. In the 3rd year of the Meiji Era (1870), the shrine was renamed “Ninomiya Shrine.” O-ike (Wakimizu), the spring which runs under the stone staircase leading to the shrine, is counted as one of “Tokyo’s Selection of 57 Famous Springs” and has never run dry.