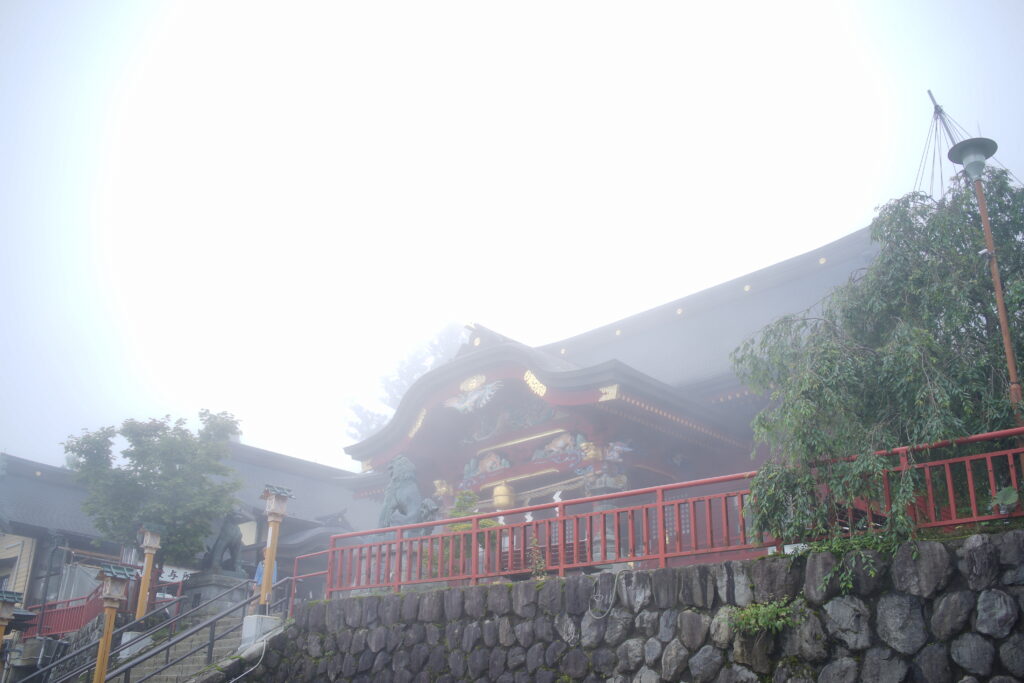 Musashi Mitake-Jinja Shrine is located on the summit of Mitake-san Mountain. It is said that it was built during the reign of Emperor Sujin. When shrines and temples became popular during the Edo period, the faith of Mitake-Jinja Shrine spread throughout the Kanto region. The wolf that was the messenger of Mitake Okami (Mitake God) was derived from the legend that when Yamato Takeru-no-mikoto lost his way in this area a long time ago, he was led by the wolf and escaped his predicament. Currently the shrine also prays for dogs, and so it is a popular shrine visited by many worshipers with their dogs. There is also the treasure repository in the precinct, which contains two national treasures including “Akaito-odoshi-yoroi armor” (along with four other important cultural properties) and is said to have dedicated by the military commander Hatakeyama Shigetada according to the history of the Edo Period. The “Murasaki-susogo-Kacchu armor” which is an important cultural property, is the armor that Yamato Takeru-no-mikoto is said to have dedicated and then written an order to the district “to store the armor” which was read as “Musashi”. This is the origin of the place name “Musashi”.