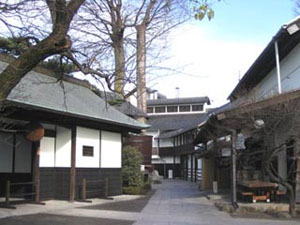 It is a brewery founded in 1863 in Kumagawa, Fussa City. The Sake of superior brand “Tamajiman” uses underground natural water in Tokyo that pumps up from the site 150m below the ground and is brewing with old-fashioned cold-weather brewing. Also, using this good quality water, we have make a comeback a craft beer making since 1998 which we had been doing in the Meiji era. Buildings designated by the six national tangible cultural properties are located along the premises including a storehouse of sake brewery, and also a historical museum and a restaurant are established. It is a “Drinkers theme park” that you can touch the appeal of sake while tracing the history of sake brewery and Kumagawa.