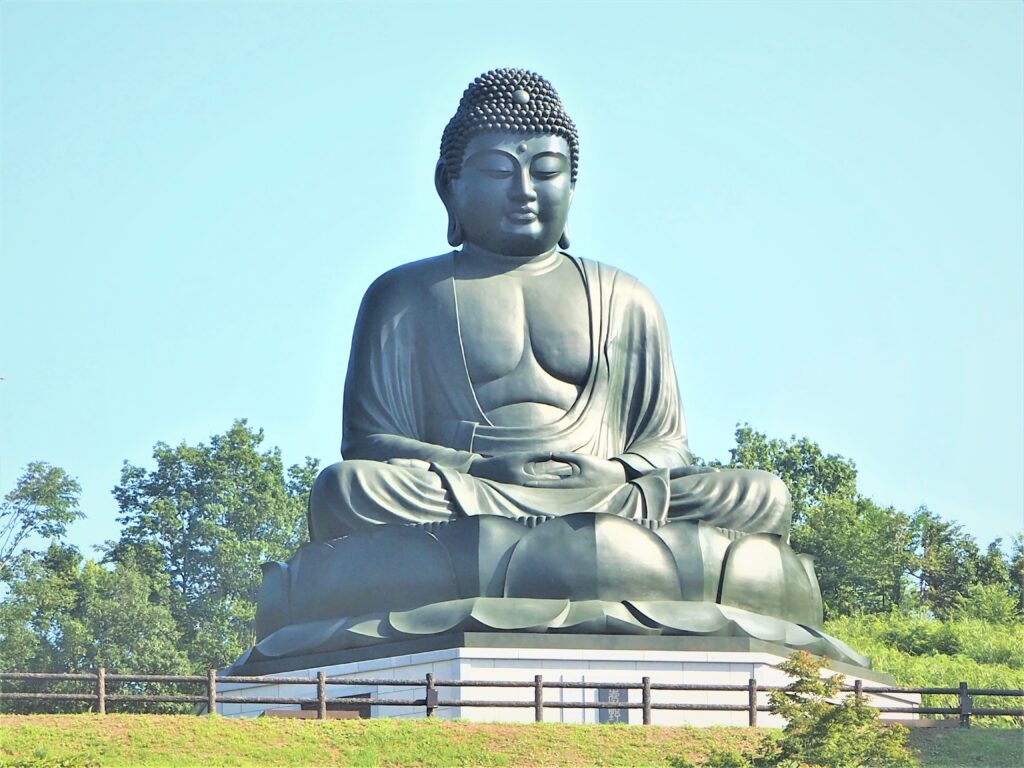 In 1478, Isen Monsai osho (a Buddhist priest) built and opened “Houkouji Temple” in Shiozawa as a temple of the Soto school. Later, everything except the main gate was burned down due to repeated fires from the Edo period to the Meiji period, but the 32nd generation chief priest used blueprints from the Edo period to reconstruct theseven-stuctured temple compound, (a Buddhist Temple) based on the drawings from the Edo period, and the 33rd chief priest established the “Rokuyadaibutsu ” of Shakyamuni. The 15 meter tall Buddha was made of bronze, and was cast in 2018 by many craftsmen using the same techniques used 1000 years ago by the famous foundry men in Yamagata City.